A Tragedy Made More Tragic by the State

Do you ever think, man I must be living in the Twilight Zone? We live in a world today where 2+2=5 and up is really down. Many in the financial world consider themselves “capitalists” and “free market” folks, and they do talk a great game. Someone very wise once taught me to hear what people say, but if you want to know them, watch what they do. Talking is the easy part.

Yesterday in my email box, just like every day, I received my daily email from Investment News. The headline to the story read, “Philip Seymour Hoffman’s will: A cautionary tale.” Normally I wouldn’t read a story about an actor, but this one I did read. The story can be found here if you want to read it as well.

If you don’t know, Philip Seymour Hoffman was an actor that recently passed away and was found with a needle in his arm from what appears to have been a drug overdose. Sadly, the same story that seems to play out in the tragic deaths of many of the rich and famous.

The gist of the story is that Mr. Hoffman, “may have left his partner and mother of his three children with a multi-million dollar tax bill.” (See Investment News story above)

Those quoted in the story are in the Twilight Zone because they can’t even see the absurdity of what they are saying. One such person is from Steven J. Oshins who is an estate attorney at Oshins & Associates. His point while true should actually sound absurd to a free thinking person. Mr. Oshins is quoted in the article saying, “He should have left the assets in trust to O’Donnell, Mr. Hoffman’s girlfriend, instead of leaving them to her outright, it’ll get taxed at his death and again at her death. You never want to leave assets outright to someone who is on the same generational level as you.” 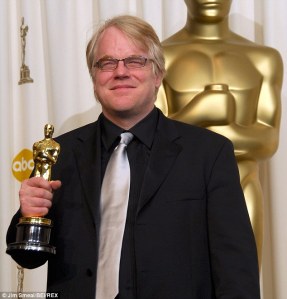 Another quote is from Charles Douglas, a financial planner and editor of the National Association of Estate Planners and Councils’ Journal of Estate & Tax Planning. Here is Mr. Douglas’ quote from the story, “You wouldn’t want to get married just for estate planning purposes, but if they were, he could pass the estate to her free of estate taxes.”

With all due respect to Mr. Oshins and Mr. Douglas, would you listen to what you are saying? A man tragically dies at way too early an age because of an addiction to drugs, and leaves behind a girlfriend that he has lived with for years, had three children together and your response is he could have done a much better job of estate planning. Really?

Here are few questions a moral thinking person would ask. The man worked his whole life, amassed a multi-million dollar fortune and because he didn’t set up his estate the way that the State said he should, his girlfriend and children will not get his entire fortune? Somehow the State is entitled to a portion of it? Do you not see an issue with that Mr. Douglas or Mr. Oshins?

Do you two guys not see the absurdity of this, or because the State is in the business of plunder, you can make thousands of dollars creating trusts and other legal documents that many do not know exist and frankly shouldn’t exist in a free society? To prevent the plunder by the state, you get to plunder them through trusts and estate tax planning that no free person should tolerate! At least you are doing it to them while they are alive.

The estate tax and the income tax for that matter is theft. If I came into your house, stole your money out of your wallet, I should be prosecuted for that crime if I am caught. But, taxation is actually backwards. If I don’t give whomever the “authority” is the tax, theft, I’m subject to incarceration for not giving said money to that authority. Must be nice to “force” someone to give you their money, and have the power to jail them and fine them if they don’t.

Many will accuse me of not wanting any police or firefighters or roads, and that couldn’t be further from the truth, and I am aware those services cost money. Each small community can decide for themselves what services they want, but in no way is it moral for a government body to take in some cases over 50% of a man or woman’s wealth after they are dead because they didn’t have a trust set up the way the “State” says they have to.

The only people entitled to Mr. Hoffman’s possessions at his death are those people that he wanted to receive those possessions. The only person entitled to the money that you earn when trading your efforts for that money is you.

While the death of Mr. Philip Seymour Hoffman is tragic, the bigger tragedy is a society of people that can’t see the immorality of taking a dead man’s stuff in taxes after he is dead.

Welcome to the Twilight Zone!