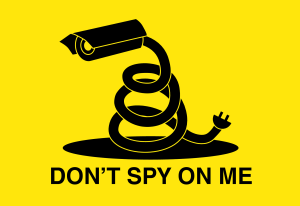 The NSA has upset Brazil’s president by spying on her, her government, and the state’s major industries. I wonder, did she think that Brazil was exempt from the NSA’s drive to spy on everyone on the planet? Regardless, she was furious and launched a verbal attack on the U.S. and the NSA at the United Nations. Did she think that the Evil Empire was above spying on the industries of other nations so as to give our favored industries a competitive advantage? Where has this woman been?

The Raw Story tells us:

Brazil’s president, Dilma Rousseff, has launched a blistering attack on US espionage at the UN general assembly, accusing the NSA of violating international law by its indiscriminate collection of personal information of Brazilian citizens and economic espionage targeted on the country’s strategic industries.

Rousseff’s angry speech was a direct challenge to President Barack Obama, who was waiting in the wings to deliver his own address to the UN general assembly, and represented the most serious diplomatic fallout to date from the revelations by former NSA contractor Edward Snowden.

Rousseff had already put off a planned visit to Washington in protest at US spying, after NSA documents leaked by Snowden revealed that the US electronic eavesdropping agency had monitored the Brazilian president’s phone calls, as well as Brazilian embassies and spied on the state oil corporation, Petrobras.

President Rousseff is furious because the NSA spied on her personally as well as on Brazil’s state oil corporation Petrobras and others. I agree with her that Brazil and the rest of the world should be upset that the U.S. and the NSA are spying on people, organizations, industries, and most everyone else all over the globe. They are truly committing evil wherever they go. But what does President Rousseff propose that we all do about it?

Rousseff called on the UN oversee a new global legal system to govern the internet. She said such multilateral mechanisms should guarantee the “freedom of expression, privacy of the individual and respect for human rights” and the “neutrality of the network, guided only by technical and ethical criteria, rendering it inadmissible to restrict it for political, commercial, religious or any other purposes.

President Rousseff thinks that the would-be world government should handle it. She says the United Nations should “oversee a new global legal system to govern the internet.” Well there is a novel idea to retain privacy and liberty! I can’t imagine a more dystopian solution to a problem. A more frightening scenario for “protecting” the internet would be hard to imagine.

It would have been nice if she had told the United Nations that the U.S. had committed an act of war upon Brazil and that she demanded sanctions against the Evil Empire for such unwarranted acts of aggression. A new supper agency to control the internet is certainly the wrong medicine when the correct path is to ask the international community to censure the U.S. for its illegal and immoral acts.

Who could argue with that? We all want the NSA and the evil Empire to stop spying on every living thing on planet Earth. But the UN? My goodness the woman has lost it. She wants a collection of international bureaucrats to control the internet and every living person’s communication right. What could go wrong with that?

We realize that as head of state president Rousseff is a big part of a “criminal gang writ large” and so will look to expand power of the common people at every chance. It is in her nature and forms her world view. But surely this woman can realize that an international bureaucracy of untouchable and unelected power mad bureaucrats is not the solution but rather an extension of the problem.

Any “solution” that makes the state (or collection of states) stronger is a step closer to total tyranny and not to be favored.